Whether you’re an adult looking for a costume with a historical edge, or stumped about an idea for your kiddo, we have you covered this Halloween. Here is our comprehensive list of Harrison-inspired Halloween costumes. Have ideas that aren’t on this list? Share them with us!

Did you know Benjamin Harrison was the last Civil War general to serve as president? Honor his legacy by taking on the role of a Union soldier this Hallowen. Want to add a spooky twist? Channel our current Candlelight Theatre show, Ghost Tales of the Civil War, and go for a ghoulish interpretation of this costume idea by applying a grave makeup look. 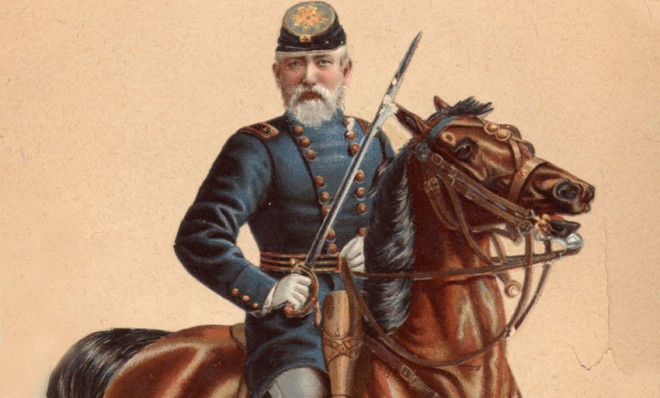 This one is for all of the trick-or-treaters or party goers who want to channel a fierce female. Caroline was the first First Lady to manage her own White House project, hold a press brief, and give a speech. Her speech was given before the National Society Daughters of the American Revolution (NSDAR), of which she was nominated their first president general, at an event reception. She was a talented artist who designed the Harrison administration’s White House china. Talk about #GirlPower. 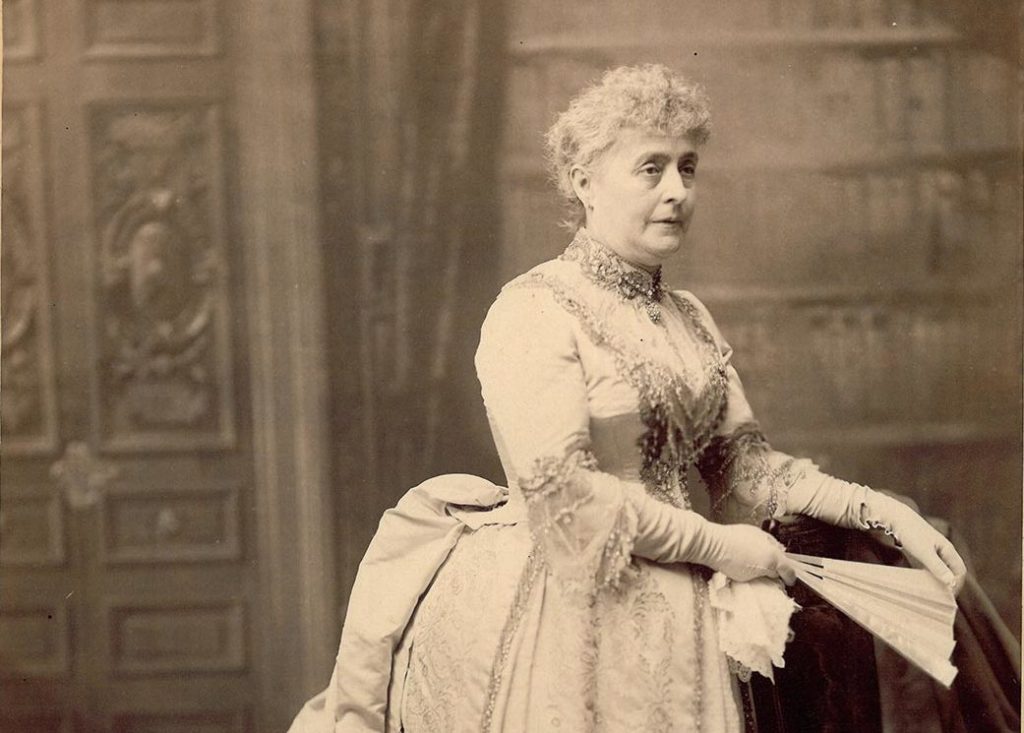 The Harrisons were known for their unusual and large number of animals. So, we would be remiss if we didn’t dedicate the next three costumes on this list to the presidential pets. First up: Old Whiskers. The goat lived on the White House grounds and is most known for his ornery nature. The most recognizable story of Old Whiskers—the time he escaped the White House grounds with a cart seating Harrison’s grandchildren—is commemorated in newspapers. 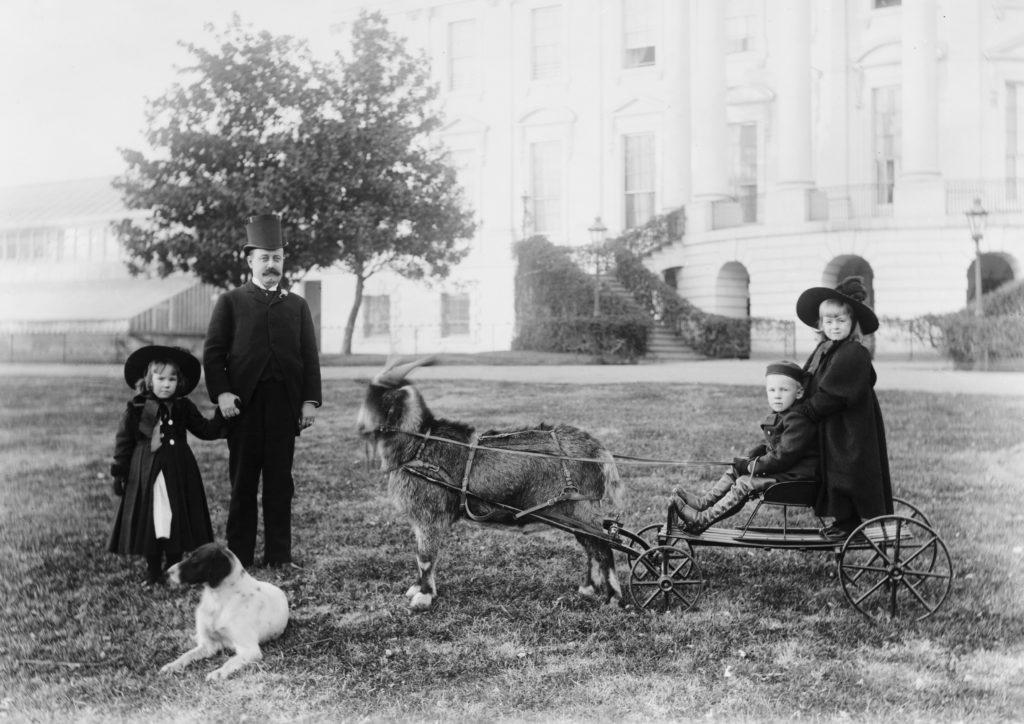 Bonus: For siblings, you can make this idea a twofer. One can dress up as Baby McKee, the other as Old Whiskers pulling the wagon.

The Harrisons had many dogs at the White House, one of the most memorable being Dash, a mixed-breed collie. This presidential good boy joined the Harrison family in Indianapolis and traveled with them to the White House. Dash was known for following the family carriages on outings and keeping guard under them wherever they stopped.

The last pets idea on this list is perfect for roommates or best friends. The platform of the Republican party during Harrison’s time in office was, “Protection and reciprocity are twin measures of Republican policy and go hand-in-hand.” This is likely where he got the names for these mischievous critters.

Attention law nerd and play-on-words aficionados: Yes, there’s even a costume for you. The Sherman Antitrust Act was passed in July 1890 under then-President Benjamin Harrison. This was the first federal act to outlaw monopolistic business practices. So, this Halloween, dress up as the destroyer of monopolies—the Sherman Antitrust Act.

7. The Statue of Benjamin Harrison

OK, this one is really a fun excuse to use body paint. The statue was constructed by Charles Niehaus and Henry Bacon, and revealed in 1908 at University Park in Downtown Indianapolis. 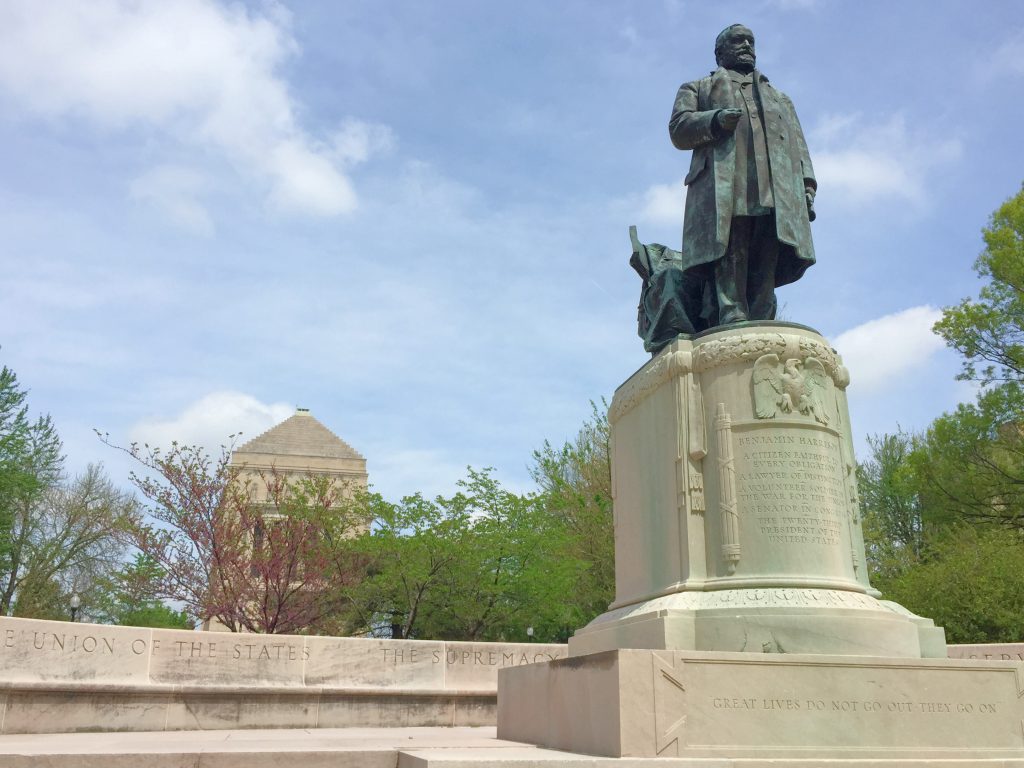 Did you think we were going to leave out the 23rd president himself? This one is for those with great beards… or those who know how to rock a fake one. Some facts about yourself you can tell others? You’re a lawyer and a Civil War veteran. You were inaugurated 100 years after George Washington. In all of your conservation efforts, you preserved more than 13 million acres of land. Oh, and you’re the last president to have a full beard. 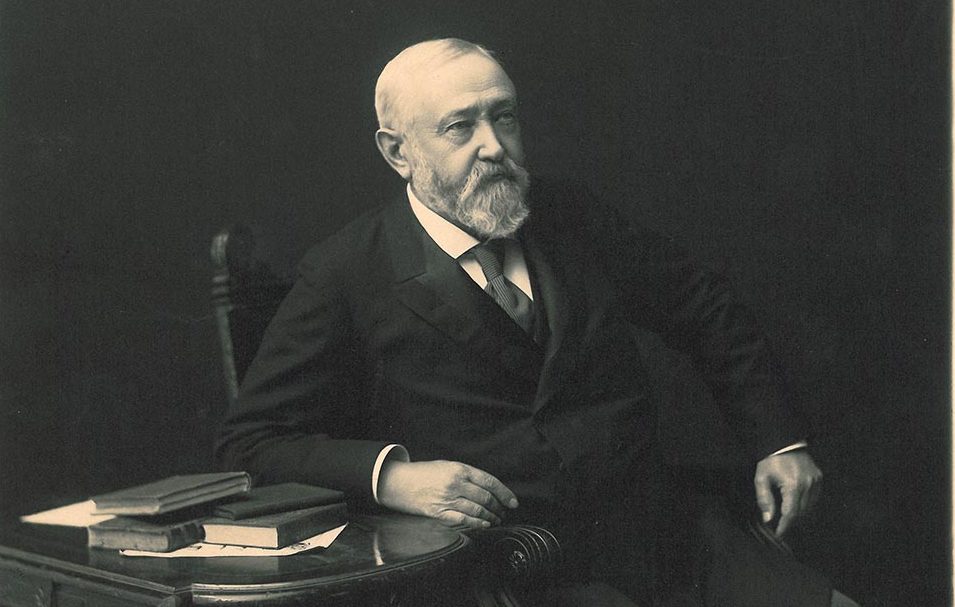