From First Grade Teacher to President of the Volunteer Board

From First Grade Teacher to President of the Volunteer Board 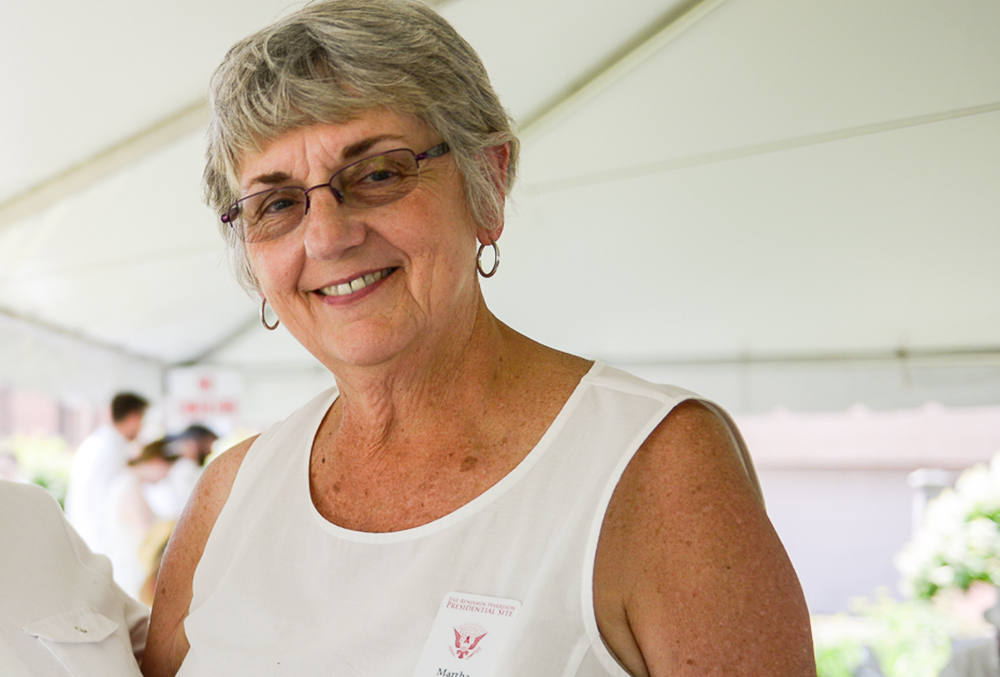 Martha Buehner taught first graders for 43 years. In her last 15 years as an educator, she would bring her students on a field trip to the Presidential Site. Martha quickly became well-acquainted with staff of the site, including VP of Education Roger Hardig. And after a few years of tours, Roger suggested she already knew the tour and the house better than most of staff and volunteers.

“I would have to say, the real reason I came is because of Roger,” she said. “I think that personal invitation of asking someone resonates a lot with people.”

Soon after, Martha began volunteering one or two Saturdays a month. She said she would become a full-time docent after she retired. For five years now, Martha volunteers every week and is a key member of the Presidential Site’s education staff.

“I knew instantly that she was held in the highest regard among the staff, especially with Roger,” Lukas Ramey, Volunteer and Guest Experience Manager, said. “I understood very quickly that in order to be successful in my job, I would have to have Martha on my side. She is a leader in everything she does, and that includes working amongst the volunteers.”

“Volunteers wanted the renovation of the volunteer lounge,” she said. “We were sitting on wicker chairs with the thin pads. I feel like I sort of initiated or pushed for those changes, and [the CEO] was very gracious about recarpeting the lounge. And we got new furniture.”

Those around Martha will say her “get it done” attitude and ability to listen to the needs of others has made her a valuable asset to the volunteer team.

“I know that I will get an honest opinion from Martha, whether it is good or bad,” Lukas said. “And that is one of the reasons why I wanted her on the volunteer board. Her no-nonsense approach cuts through the fluff and helps us get to the real challenges so that we can actually work to improve as an organization.”

Roger recalled a story from when Martha was still teaching. She brought her class in for the Wooden Soldiers Program, one the Presidential Site holds around the holidays. Roger read a story while the students put together a take-a-part Christmas tree. He decided to try his hand at crafting, too, and at the end of the program, Martha told him, “Roger, your tree is pathetic and looks awful.”

He said she came back after his last program of the season and rebuilt his tree — and it is still being used today.

“If Martha tells me I have done something well in regard to programming or teaching, I take it as a high compliment,” Roger said. “She tells you how ‘it is’ and doesn’t hold back telling you if something could have been done better or was not well received, or not up to quality. Martha is the kind of person who makes everything she is a part of better — the quality ratchets up a notch, when she is involved.” 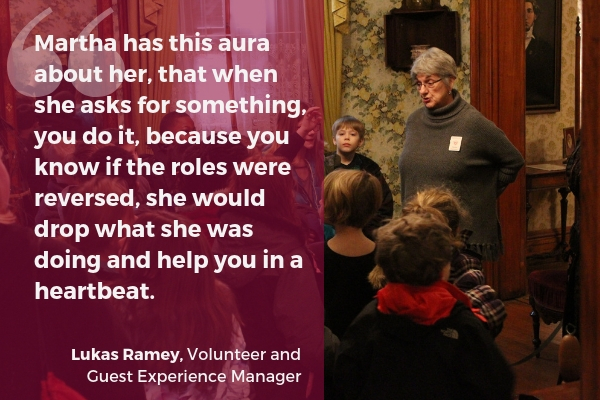 “She is sympathetic to the classroom teacher and what they want a field trip to be,” he said. “She is also a great advocate for the museum, and she loves the story and the artifacts. But, most of all, she understands what will be most interesting for a child who is visiting and she gives an outstanding student tour.”

One thing Martha said she likes to tell the school-aged children is that Benjamin Harrison initiated the Pledge of Allegiance in classrooms.

“Did you recite the Pledge of Allegiance before you came today,” she’ll ask. “Tomorrow when reciting the Pledge, think of Benjamin Harrison.”

What are other tips Martha would give to docents leading school groups?

“Make every tour personal. With the kids, when talking about Mr. Whiskers, [the Harrison’s pet goat], you change your voice level,” she said. “In the kitchen, tell them to put their toes on the edge of the rug. Before going to a new room, ask one student what their name is. Let them be leader, and then choose a different student to lead to each room. I focus on not raising my voice and letting them know when they do something positive, like raising their hand.” 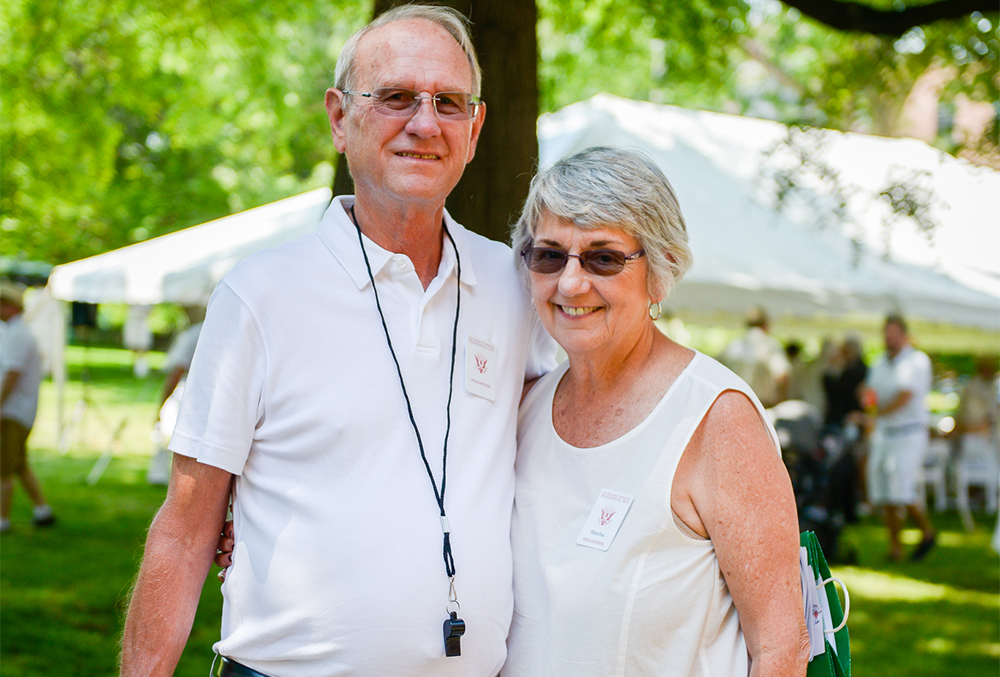 Martha and her husband, Dave Buehner, helping out at a Presidential Site event.

Aside from tours, Martha remains involved in school programming like the Future Presidents of America program. She and her husband help out at events, like Croquet Roquet and the Easter Egg Roll. Beyond the Presidential Site, Martha continues to tutor students at her local school and assists with a family member’s school reenactment of the Revolutionary War.

“I think I am without a doubt a better teacher because of Martha,” Roger said. “She has been a wonderful mentor and sounding board for me over the years. I rely on her and value her opinion — more than she can ever know.” Back to Top